Last week, in case you missed it, New York City became the 250th governing body in the United States to adopt a resolution sticking up for civil liberties in the face of the attack on them embodied by the USA PATRIOT Act.

Here's the Washington Post article on it (too late to get the New York Times, since it's past the seven-day limit). And here is the ACLU's press release heralding the event.

At moments like these, I am proud to be a New Yorker. 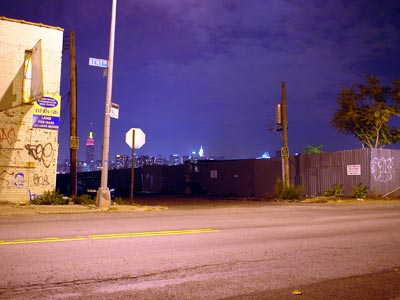 (Above is a picture of the Empire State Building, taken from Kent Avenue in Williamsburg, a few blocks from where I live. Those who have visited me in Greenpoint, and taken the neighborhood tour, may recognize it.)