My computer is on the fritz. Apart from this nasty virus that's cutting a wide swath around the globe, infecting, when I last heard, one out of every three e-mails *in the world,* my browser has been eaten away by spyware to the point that it will no longer open. Period. Which means I can send e-mail but I can't get on the Web.

Thanks to Microsoft's brilliant bundling of the browser into the OS, I can't simply delete my Internet Explorer and reinstall a clean version. No. I have to reinstall my whole frickin' operating system. Which means that first I have to somehow backup all of the files I don't want to lose, which I won't be able to do until this weekend, when I can visit a friend who's got a Zip drive.

Meanwhile I am posting this from Clare's Mac, and for some reason there are a number of operations you cannot do in Blogger on a Mac, such as boldface text by hitting a button.

More on the Mayoral Candidacy of Charles Barron

A rather lengthy profile (more than two and a half thousand words) of Barron from the current issue of New York Press.

Not to turn my blog into a shilling site for MoveOn, but I feel this is worth noting:

I just received an e-mail informing me that "During this year's Super Bowl, you'll see ads sponsored by beer companies, tobacco companies, and the Bush White House. But you won't see the winning ad in MoveOn.org Voter Fund's Bush in 30 Seconds ad contest. CBS refuses to air it."

Unlike MoveOn, I do not believe the use of the word censor is accurate or appropriate in this situation, but I did sign the petition to CBS expressing my disagreement with its decision. If you feel inclined to do the same, go here.

In case you are curious, here is the ad that MoveOn would like to air. (For more information about the origin of the ad, go here.)

(1) WXRT Radio Chicago continues to spin selections from Le Main Drag; a couple weeks ago, Richard Milne singled it out as one of the Local Anesthetic Top 5 of 2003.

(2) Dagger, a quality zine out of Portland, Oregon, recently picked Le Main Drag as a Top 10 CD for December 2003.

(3) F5, Wichita's alt press, recently named Le Main Drag as one of the 10 best albums of the year.

(4) An outfit in Connecticut named Independisc recently picked Le Main Drag as its 2003 Independisc Record of the Year.

The above information comes to me courtesy of the Bon Mots themselves, who, incidentally, are performing this Friday — that's tomorrow! — at Schubas, in Chicago.

You may, as always, learn more about the Bon Mots at the band's Web site, www.thebonmots.com.

(I love this photo.)

The Center for American Progress responds, point by point, with supporting documentation, to President Bush's State of the Union address last night.

If you oppose the policies of the Bush administration, read it and you will feel buttressed in your ability to counter Bush's claims.

"U.S. security agents have a master list of five million people worldwide thought to be potential terrorists or criminals, [Canadian] officials say. 'The U.S. lookout index contains some five million names of known terrorists and other persons representing a potential problem,' Brian Davis, a senior Canadian immigration official in Paris, said in a confidential document obtained by the [Toronto] Sun."

"France's plan to bar religious symbols from state schools slid into confusion on Tuesday after the education minister said a looming ban on Muslim veils could also outlaw beards if they were judged to be a sign of faith."

And if you sport the cowboy look, you too had better watch your step.

(I know my hed is not entirely accurate. So sue me: I couldn't resist.)

"A Welsh Hollywood movie star was castigated Monday, January 19, by his local community, Muslims and non-Muslims, for his 'racist and ill-informed' statements he made about Islam.

"John Rhys-Davies, a lead actor in the blockbuster Lord Of The Rings, drew flack after he warned of a 'demographic catastrophe' in Europe by 2020 that around 50 percent of the children under 18 in Holland, for instance, will be of Muslim descent, according to the national website of Wales Sunday."

Here's the piece in full. 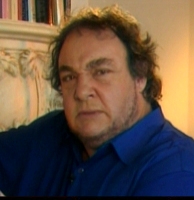 Department of I Don't Care What Anyone Says, This Man Sides With Evil

Democratic NYC councilman Charles Barron has announced he's running for mayor of New York in 2005. Personally, I can't stomach the man, and I'll tell you why.

I don't mind his calls for slave reparations, or for portraits of black dignitaries to be hung in City Hall; I don't care if he calls Mayor Bloomberg a racist; I don't have much to say about his tax proposals; nor do I take issue with his statement that "too few white men have too much power right now."

What I object to is Barron's sickening embrace of Robert Mugabe, the president of Zimbabwe. To read what a murderous man Mugabe is, visit the Web sites of Human Rights Watch, Amnesty International, or the homegrown Zimbabwe Human Rights Association and Zimbabwe Research Initiative for more grisly details than a person could ever hope to digest.

Read tales of beatings, rapes, and burning homes, courtesy of government—i.e., Mugabe-controlled—soldiers. Read about how Mugabe's regime uses food as a political weapon.

If you subscribe to the Economist, then you must surely have read its coverage of this monster, including this article, from February 2002—"Hell, no, I won't go"—which offers ample evidence to support its claim that "the 78-year-old autocrat would rather wreck his country than surrender control of it."

A more recent article, from last September, recounts Mugabe's ongoing suppression of any attempt by the Zimbabwean media to criticize his reign, as well as documenting the collapse of Zimbabwe's economy with facts such as these: "[the country's] GDP has shrunk by a third in the past three years; inflation has now surged over 420%; and 70% of the population live in poverty."

(BTW: the Economist is the only major news source to have a correspondent in Zimbabwe—or at least it was, until he was jailed and then thrown out, last year.)

But my point is this: In September 2002, Charles Barron brought Robert Mugabe to New York City Hall—"the first time since Nelson Mandela was received by Mayor David Dinkins that an African Head of State had a reception held in his honor at City Hall." It must have turned Nelson Mandela's stomach to see his name mentioned next to Mugabe's.

The Global Black News account of the event continues: "Upon their arrival at City Hall, President and Mrs. Mugabe were greeted by a large group of people welcoming them with their signs and banners carrying such messages as 'Mugabe Is Right' and 'Free the Land.' They then entered the Red Room where Council Members, community activists and members of the clergy were able to greet them personally and hear Mugabe's informal statement.

"Mugabe began by thanking the Black, Latino and Asian Caucus for inviting him. 'I felt overjoyed, delighted indeed that we would have this get-together,' he said.

"He went on to explain that although Zimbabwe got its political freedom 22 years ago, 'Economic freedom had not come to the people yet, mainly because the resources remained in the hands of the very people from whom we snatched ownership of our political freedom.' He said that the sovereignty of a people is not expressed merely by being able to vote leaders into power, but by owning one's own resources. That's the struggle they have now waged and won.

"Mugabe ended his informal remarks by extending once more the invitation he made in Harlem when his country first gained its liberty, 'Zimbabwe is free. Zimbabwe is home. Come home.' "

If you're interested, you should read the rest yourself. Also, here is Nat Hentoff's take on the episode, as well as that of the Gay City News.

But again: I don't care what anyone says, Charles Barron sides with evil, and I hope that those who support him now will soon enough come to their senses.

And the Hits Just Keep on Comin' Department

Ecumenical philanthropists of the world, take fright! You better hope you don't turn up as a donor on any of these lists . . .

Department of They Came to Play, Part III

Those Californian kids are finally going ahead with their pesky Muslim flag football tournament. (For some reason, the site isn't working, but I think I'm gonna root for the Intifada, if only to be obnoxious.)

Many of you, I'm sure, have heard the quote by Reverend Martin Niemöller that goes as follows:

Regardless of what the actual quote is, what I want to say here is that we in the United States—those of us who are not male and Muslim or Arab or South Asian—are now in a Niemölleresque situation, given our government's recent decision to force airlines to hand over personal information on *all* passengers flying within the United States.

If this news disturbs you, you may also want to read this interview with the communications director of the Technology and Liberty Program at the American Civil Liberties Union.

Perhaps I am being an alarmist. But the fact is, the moment I learned that the World Trade Towers had been hit, back on Sept. 11, my first thought was, "Great. Now the government can use this as an excuse to clamp down on civil liberties." And of course that is what happened. So I feel inclined to trust my instincts on this, and my instincts tell me this is very bad.

Department of Showing Chad How a Blog Works

I'm talking about MoveOn's incredible "Bush in 30 Seconds" contest, which challenged anti-Bush Americans to come up with a 30-second ad that will convince TV watchers why they should not vote for Bush in 2004. I meant to post about this much earlier, while you still could have registered to vote, but you can at least view the 15 finalists here. This is one of the most creatively radical projects to come along in years.

Among the finalists, my favorites are "In My Country," "What Are We Teaching Our Children?", and "Wake Up, America."

The funniest one I saw—though there were more than a thousand ads, and I only had a chance to view about a hundred of them—was titled "If Parents Acted Like Bush." It's not one of the finalists, but you can still see it here.

Department of New Dance Mixes for the New Year

Allow me to pass along a New Year's gift from my Prague DJ friend Doug Arellanes, a.k.a. Dougiegyro. Let me put it in Doug's words:

Seeing as New Year's is coming up and you may be hosting or going to parties, here is my New Year's gift to you: the new mix I compiled, called Žižkoteca, after the Žižkov club where I play, the Palac Akropolis. It's uploading now, and will be available for download at this address:

I've put it up in two formats: a single long MP3 file, or if you prefer individual tracks, there's a ZIP file with all the tracks in there. (If you're burning a CD, be sure to set the pause between tracks to "0 seconds" otherwise there'll be these weird gaps in there. There's a CD cover there as well in PDF, should you want one.)

It's mostly Latin house, but there are a few surprises thrown in there too.

And (a late) Happy New Year's from StickFinger, too.