Department of Ex-Prognosisites in the Times

Heidi Bradner, whose photographs I see in the Times from time to time, had two shots in Tuesday's paper, for an article about the bones frozen into the land around the area of Siberia known, thanks to Solzhenitsyn, as the Gulag Archipelago.

If you're interested, go and see it now; the article (and the photos with it) will only be available online for free til Tuesday. Also, be sure to click on the photos to enlarge them.

Ah, never mind. Here they are: 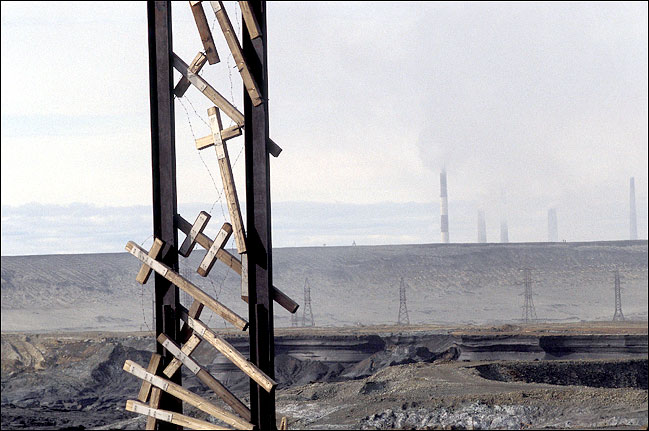 In Norilsk, an industrial complex and former penal colony in Siberia, the most prominent memorials so far, like the one at right to Polish prisoners, were built by non-Russian republics, now free of the Soviet bloc, whose citizens died in the Soviet gulag. A campaign by survivors for an official monument to all of the victims has been met with official indifference. 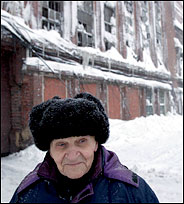 Vasily F. Romashkin, a former political prisoner in Norilsk, in front of part of a nickel ore enrichment plant that he and fellow prisoners built. The factory, one of many at the area's first nickel mine, is still in use.