My friend Vladimir Michalek has a new film that made its U.S. premiere on Friday here in New York. It's called Autumn Spring. I saw it last fall in the New Directors/New Films Festival at Lincoln Center, and I highly recommend it. It's a wonderfully funny story about a Czech couple growing old. A "small" film, you might say, but in the best tradition of "small" Czech films. Go see it!

Here is the New York Times review of the movie from its festival screening last fall: "The Artful Codger Finally Goes Too Far."

And here is an interview with Vladimir that ran Friday, the day Autumn Spring opened: "A Czech Legend in a Swan Song." 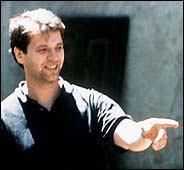 Just remember: You saw it here first. Shoot the Freak!

At the "Shoot the Freak" attraction at Coney Island, customers shoot rounds of paint pellets at a human target. Matt Behan, 23, dressed in protective gear, is one of four Freaks: 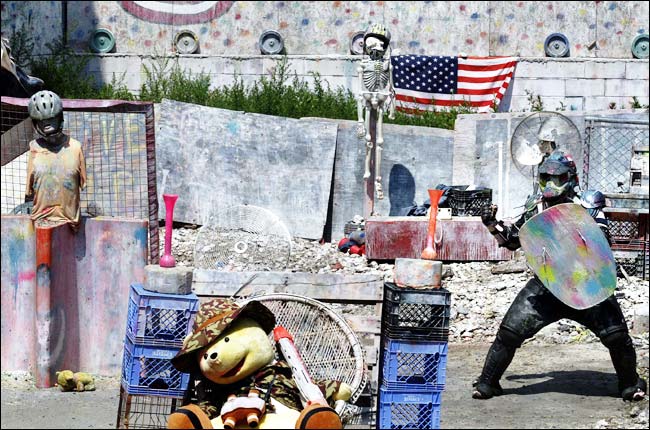 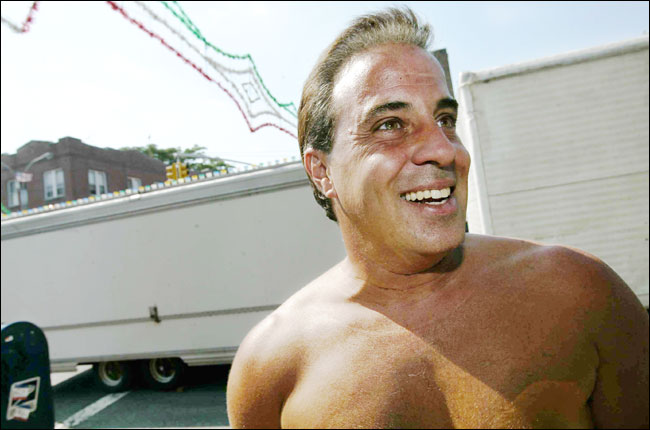 And here's the "playing field": 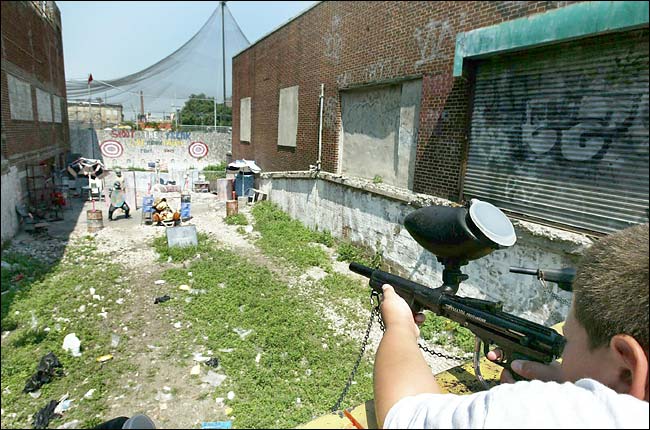 Halliburton's Engineering and Construction Group reported two days ago that its second-quarter revenues were up 23 percent over last year.

The wires all report, in one form or another, that the company's revenue from government contracts more than doubled because of work in Iraq.

On the other hand, wrote Reuters, "Halliburton apparently did not make much money in Iraq because the engineering and construction group leading operations there reported a $148 million loss for the quarter."

" 'All of the hullabaloo about Iraq and, at the end of the day, they don't make money on it and it doesn't help the stock,' " said Brad Handler, analyst with Blaylock & Partners L.P."

"City agencies today have 9,016 fewer full-time workers than they did two years ago — about 4,000 full and part-time workers are being laid off — bringing down the total city-financed work force to 200,276 employees. That is the lowest it has been since 1986, meaning Mr. Bloomberg has already cut out all the employees Mayor Rudolph W. Giuliani had added by the end of his tenure, in the booming economy."