Panel on Vaculík, Mácha and Hakl

“They said 300 euros was the fixed fee for author appearances, and they were sorry but they couldn’t raise it. After the event, though, I found out in talking with two of the male participants that, unlike me, they got 400 euros,” German writer Tanja Dückers shared with me.

“None of the most famous translators of Czech to English—[Michael Henry] Heim, [Peter] Kussi, or Paul Wilson—has translated a single book by a Czech woman,” said US translator of Czech literature Alex Zucker, adding, “We see the same huge disparity in women writers translated by women as we do by men.”

Three days, three quotes, three conversations with people close to me about women and literature week before last. All three demonstrate that the situation is more complicated than it’s usually presented: either as a matter of chauvinism or as a problem that doesn’t really exist. With regard to these three quotes, that means:

1. This isn’t necessarily about objecting to the term “women’s writing,” but the fact that it has no conceptual parallel. Yet all kinds of questions spring to my mind on the subject of “men’s writing.” For instance: female characters in male writing who generate ideas rather than relationships or libido. I’m burning with curiosity.

2. Why it is that women get on average 25% less than men for the same work has always been a mystery to me. It really never occurred to me that lower pay might sometimes be “just” a result of the fact that women have less self-confidence and tend to accept whatever they’re offered. This became clear after Tanja Dückers publicly shared her experience of being paid a lower fee for her appearance in Berlin, and then other women authors spoke out about similar experiences. We’re familiar with the shibboleth of fixed fees in the Czech literary world, too. Here, though, it’s often a gender-equal fee of nothing, spiced up with the quip that it’s “good for your PR.”

3. It isn’t men who are to blame, but a way of thinking on the part of everyone involved — ergo Zucker’s observation that women translators, too, often translate primarily men, entirely of their own choice. Zucker, on the other hand, is aiming to focus on translating women. The interest in translating women authors in the U.S. was unleashed by author and translator Alison Anderson’s text “Where Are the Women in Translation?”, published in Words Without Borders in May 2013, leading to the Women in Translation Month initiative and a series of “books by women we’d love to see in English.” It’s great to have women authors being prioritized, especially when it comes to English translations of Czech literature, where the percentage of women comes nowhere near the percentage of works being published by women in Czech every year. Still, at its core, I don’t think this disparity is a result of the widely held view that women write worse. The problem is that women are still often seen as a group with a particular outlook, based on their shared “femininity,” whereas men are considered individuals, representing only themselves, their fictional worlds reflecting gender-neutral, universal human themes. Male authors are just people writing about the world, which logically is going to appeal to people the most.
It’s similar to when you ask someone to draw you a person. They’re probably not going to draw a woman. That would be too specific. So, what if instead of focusing on discrimination against women’s literature, we were to think about what’s typical for the category of “men’s writing”? Just as an exercise. On a panel where women would be assertive enough to push for a higher “fixed” fee, we could analyze the specifics of the masculine vision for some random trio of authors—say, [Ludvík] Vaculík, [Karel Hynek] Mácha and [Emil] Hakl. From a purely literary point of view, no emotions involved.

Translated from the Czech by Alex Zucker

[Note: Not long ago, PEN America migrated its website to a new platform, and a few articles and features of the site were lost in the shuffle. Since currently the PEN site is the only place this transcript is posted, I am reposting it here, for safekeeping.]

April 2, 2015
Czech translator and PEN Translation Committee cochair Alex Zucker sits down with Three Percent to discuss the business side of international literature in English. They break down pay rates for translators, the funding of small presses, and ways to keep literary translation alive and thriving. Listen to the original podcast (recorded Jan. 26, 2015) here. 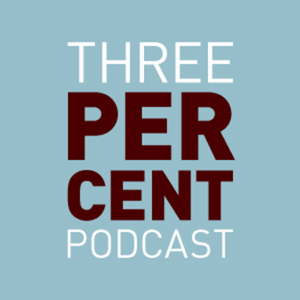